Anyone can see that we live in a materialistic society. In a society that glorifies a consumerist lifestyle, the most common standard of success is purchasing power. However, not everyone is fulfilled with the meaningless accumulation of private property. Some people value their health over the size of their income. Some people measure their success based on what they contribute to society, and not based on which products they can afford.

The truth is that there is no objective standard for a successful life. A life of success doesn’t necessarily have to involve money. Financial wealth is only one factor in the life of a successful person. Each person has his or her own concept of success. In fact, here are some concepts of success that some people have:

1. A successful life is inspiring.

Some people’s concept of success is to live a life that inspires other people. Every bookstore in the world has biographies of famous people. The reason why people purchase these books is because the fascinating lives of these people inspire them to do well in their own lives. A successful person has the power to inspire. A successful existence has positively influenced other lives. You know you’re successful when other people want to follow you and your personal vision.

2. A successful life leaves a legacy.

Many music maestros from Mozart to Beethoven have died without having once experienced financial freedom. The artist Vincent van Gogh was poor all his life. The great, Russian novelist Fyodor Dostoevsky was a chronic gambler and an alcoholic. None of these people were financially successful. But would you dare say that they didn’t live successful lives? They’ve been gone for years and they still remain relevant today. An artist’s concept of success is to be able to build a legacy that lasts longer than his own lifespan.

3. A successful life is stable.

In order to gain wealth, certain risks have to be taken. In order to gain fame, you might earn some unwanted attention as well. In one’s pursuit of power, one will gain enemies along the way. Some people are just not willing to pay the price of fame, power or fortune. Some people just want to be safe. There is nothing wrong with this concept of success; in fact, the ancient philosophers of Greece praised such a lifestyle of stability, moderation and contentment as one of the best ways to live.

4. A successful life is exciting.

When the philosopher Friedrich Nietzsche said that “one should live dangerously,” this was probably what he had in mind. Some people crave excitement. While other people are looking for big paydays, these people are looking for an adrenalin rush. These people don’t collect property; they collect interesting experiences. This concept of success may not result in financial freedom or great wealth, but to the people who live this type of lifestyle, financial matters are not as important as unique experiences.

5. A successful life is dedicated to a cause.

Some people feel that living a life dedicated to a meaningful goal is a successful existence. This concept of success is held by social activists, advocates and ambassadors. There are so many important causes in the world that one could crusade for – LGBT rights, Women’s Rights, HIV Awareness and Environmental Protection are only a few examples of causes that are really worth fighting for. A life lived for the purpose of fighting for what’s right is certainly a life that should be considered successful.

Success can be found in different sectors of society. However, success manifests itself differently in every situation. Success in business may be measured in financial wealth, but measuring the success of a doctor or an educator may require a different standard. At the end of the day only you can decide whether or not you’ve had a successful life based on your own concept of success. 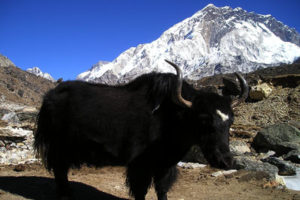